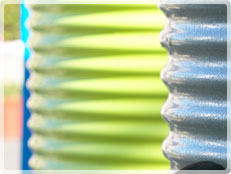 Rainwater tanks, traditionally an icon of the Australian outback, are becoming a common feature on Kangaroo Island as many communities do not have reticulated water supplies.

It is estimated that throughout Australia around 26% of all households have installed one or more rain water tanks on their property. This percentage in South Australia is 45% and on Kangaroo Island it is over 69%, being the highest concentration of rain water tank use in Australia.

Is rainwater safe to drink?

Generally rainwater is safe to drink. If the rainwater is clear, has little taste or smell and is from a well-maintained system, it is probably safe and unlikely to cause any illness for most users. Disinfecting the water before consumption should be considered for those who are immuno-compromised such as the very young or very old, cancer patients, people with diabetes, organ transplant recipients or people who are HIV positive,. This can be achieved by bringing the rainwater to the boil.

Enteric pathogens include types of bacteria, viruses and protozoa. These organisms do not grow or survive indefinitely in water environments and are introduced into drinking water supplies by contamination with faecal material. Tank rainwater can contain organisms referred to as opportunistic pathogens such as Aeromonas spp and Pseudomonas aeruginosa (Sinclair et al. 2005).

There has been increasing interest in potential risks associated with Legionella in rainwater tanks. Legionella causes disease through inhalation and not through drinking contaminated water. Rainwater tanks have been proposed as potential sources of organisms that could be amplified in hot water systems in buildings (Chapman et al. 2008).

Legionella is a common environmental organism which survives and grows in sludges and slimes. Risks of waterborne legionellosis (Legionnaires’ disease and Pontiac Fever) are typically associated with amplification in water between 25°C and 50°C (WHO 2007). Above ground rainwater tanks have been identified as a potential source of Legionella because they tend to accumulate sludges and in Australian summers are likely to contain water between 25°C and 50°C.

Except for the severely immunocompromised these organisms are not considered to represent a significant risk through normal uses of drinking water supplies (WHO 2008). Most rainwater tanks are installed above ground and collect run-off from roofs via guttering. Likely sources of enteric pathogens include:

* faecal material (droppings) deposited by birds, lizards, mice, rats, possums and other animals
* dead animals and insects, either in gutters or in the tank itself.

This can create a problem for business that prepare and serve food and beverages. Such premises may include cafes, restaurants, delicatessens, hotels, road houses and hosted bed and breakfasts. The Safe Drinking Water Act (the Act) thereforeapplies to all drinking water providers who supply water to members of the public.

How can water quality be protected?

The supply of good quality water depends on ensuring correct design and installation followed by sensible maintenance of the rainwater tank and catchment area. The collection of rainwater involves “low maintenance — not no maintenance”.